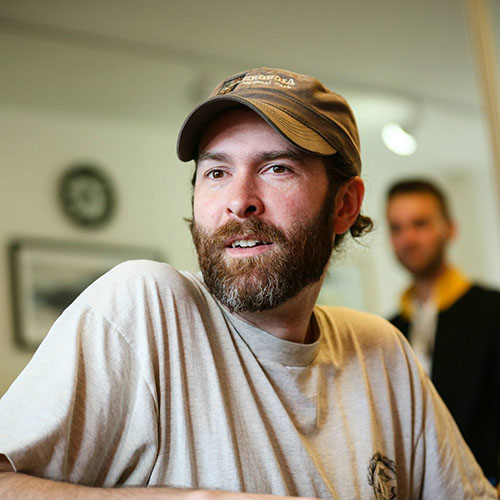 Ryan Collins was born and raised in the Carolinas (including a 4-year stint at the University of North Carolina School of the Arts,) Ryan moved to New York in 2008. Working as a director, editor, and sound recordist for nearly a decade now, he finally produced and directed his first feature film, Bar Songs, in 2015. He has spent more time than he can remember watching bad TV, swilling booze, playing Ultimate Frisbee, and following the Detroit Pistons.